Greetings from the land of the Dutch! After nearly a full 24 hours of traveling, I found my way to a snow-kissed cobblestone alley way home to my first hostel experience, the Stayokay Vondelpark. Fully prepared to share a dorm room with strangers (although secretly dreading it in my near comatose state) I lucked out and happened to get the little room and bathroom to myself! I forced my eyes to stay open until about 9 p.m. Amsterdam time, but the damn jet lag had me wide-eyed and alert at 1 a.m. Instead of fighting my body clock, I’m just facing today sleep-deprived and overly caffeinated.

After battling hordes of German high schoolers for the complimentary hostel breakfast, I took a short brisk walk to the museum district to tour the Van Gogh Museum (which I now know is pronounced Van GOFF) and the astounding Rijksmuseum. You can truly learn a city’s soul by its art. The Dutch masters don’t tell the same version of the Renaissance or the Napoleon days. Something that feels somewhat out of place in the ornate medieval hallways is the groups of school children observing the classics, eagerly snapping selfies next to ancient masterpieces on their technocolored iPhones. And not just one group, but many, clearly on school field trips. It’s quite curious to think that not only are these young children (some looked 5 or 6 years old) learning about historical events and great works of art that many (most) adults will never even bother with, they have a country history stretching back thousands of years. Do they memorize the lines of Kings the way we do presidents? It really put my first grade lesson about Indians and Pilgrims into shameful perspective. Side note: these kids are already bilingual. And the Dutch speak better English than many natives speakers. Americans really need to get on that. I digress…

My first two days of solo travel have been a bit surreal. I have moments where I try to remember who I’m supposed to meet after I’m done with the museum. Then there is a the melancholy realization that no one but German teenagers await me back at the hostel. In fact, with the exception of “I’ll have the soup” and “which way to the museum,” I haven’t spoken to any other humans in two days. (I have conversed with a pigeon or two, but they were exceptionally friendly.) Honestly, it’s not as lonely as it sounds. Really, on the contrary, the sense of freedom is overwhelming. Sure, I have to awkwardly take all my stuff into the bathroom with me, mostly have to stick with selfies to create memories, and have to navigate Dutch street signs on my own, but I’m on my own agenda. And that really has its merit. Additionally, while awkwardly navigating confusing foreign airports, customs and local transportation, I am humbly reminded how generous of spirit my fellow humans can be.  Perhaps I stand out as a lone female traveler–5’3, wide-eyed and pigtailed–but so many people have gone out of their way for me thus far.  Living in the SF Bay Area, where people hustle through their day, pirouetting from Starbucks to BART to fast-paced tech jobs without looking you in the eye, it often feels like everyone has given up on their fellow human. It’s a remarkable thing to feel the warm embrace of a stranger’s smile.

I will leave you with a few snapshots of my day so far. More adventure to follow! 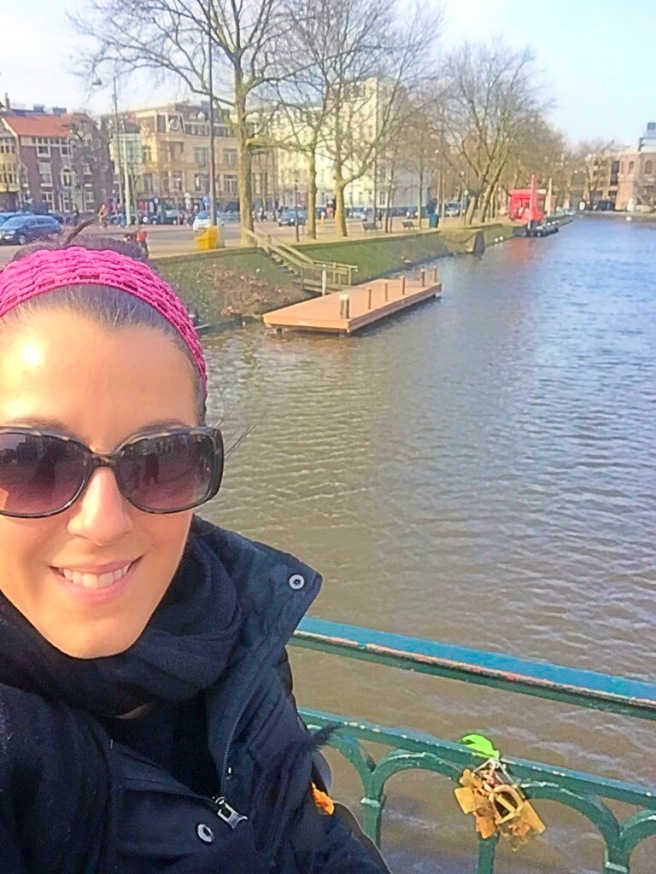 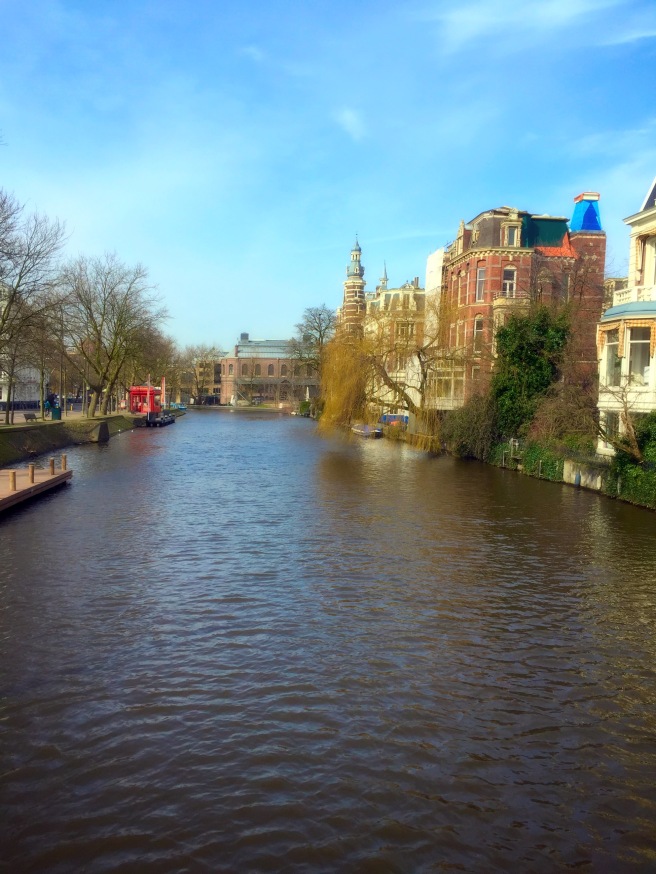