Dublin was a perfect place to end my journey. The Irish and Americans have a special kind of bond. Given that the Irish emigrated to the U.S. en masse following the potato famine of 1845 and then in waves throughout the early 20th century in search of a life better than their warn-torn country, they are delighted to have you in their homeland. They are a big fans of the U.S., especially San Francisco. Telling any young bartender I was from SF elicited a starry-eyed longing and a confession of their plans to move there in the near future.

My time in Dublin was an absolute blast. The Irish are warm and welcoming, hilarious and generous. Every local wants to take you under their wing and show you the “real” Dublin–not some kitschy Temple Bar joint. (Temple Bar, although steeped in history, now mimics Bourbon Street). Dubliners are brilliant story tellers known to break out into song or limerick at any moment. Mosey up to any barstool and you’ll have 10 new best friends within the hour. You’ll laugh, tell stories and throw playful jabs like you were old friends. I’ll tell ya though, it takes a tough skin to take an Irish slagging, their word for relentless sh*t talking. They aren’t PC and don’t hold their tongue around the women folk–the rule is that if you’re in a pub, it’s fair game. According to the locals, I did alright. 🙂

A few bold lines that stood out:

“Now, when ya get the chance to dunk a midget in the Prague River, you don’t say no then, do ya?”

(Ok, a little offensive, but I’m just the reporter here)

Dublin isn’t the culture shock as some other places I’ve been. It’s a modern business hub with loads of young professionals, efficient mass transit, upscale dining and every accommodation you’ll need. With 50% of the population under age 30, youthful vibrancy splashes against a proud cultural legacy. But beneath the modernized exterior, there is still a country battling ancient social demons. Fist settled by the Vikings in the 9th Century, Dublin has seen a thousand years of war. Today, the cloud of English oppression still lingers on the horizon, Catholic-Protestant tensions endure, and relations with the North  remain strained. I was fortunate to visit on the 100th anniversary of the infamous Easter Rising of 1916–a bloody rebel uprising that ignited both the Irish War of Independence and the immediately following, horrific, Irish Civil War.  The treaty that gained the Republic of Ireland their independence also annexed the six northern counties to England, the rule under which they remain today. So despite it’s ancient roots and solid tradition, Ireland has only been a sovereign nation for about 100 years.

Dublin is a fascinating juxtaposition of modern life and archaic religious rules. Facebook and Salesforce bring in progressive tech minds but old ways persist. Although much of the younger generation foregoes Sunday Mass, the country is nearly entirely culturally Catholic. 90 percent of public schools are run by the Catholic Church. Public schools. Openly Protestant? You may have to find one of the 10% non-denominational schools, which creates a lot of resentment among Protestant youth.  Protestant-Catholic marriages are frowned upon and divorce takes four years. Abortion remains illegal and Condoms were illegal until 1992.

Dublin is a writer’s dream. Steeped in intense history, it’s birthed countless literary masters–James Joyce, Oscar Wilde, and W.B. Yeats included. I forewent the pilgrimage to the Guinness Factory and Jameson Distillery and sought out museum after museum, the Dublin castles, Ancient Churches, famous pubs and live Irish music. I attended a Literary Pub Crawl, where two Irish literature enthusiasts take you on a tour of watering holes where the likes of Wilde spent their time, preforming scenes from classic works while a bunch of us English geeks giddily sipped Guinness. Oh, happy days!

Speaking of literary dreams, I also set eyes on the 9th century Book of Kells, perhaps the most valuable book in the world, at Trinity College. Trinity, Ireland’s oldest university, was established in 1592 by Queen Elizabeth I as a Protestant university. Catholics were finally admitted in 1793, however from 1956-1970, the Catholic Church forbade its members from attending. Women were finally admitted in 1904.

I thought a week in Dublin would leave me bored but it felt like not nearly enough time. Every pub and street corner has a story to explore. But I did take time to venture out into the countryside and down to the medieval city of Kilkenny. Dipping in and out of rolling emerald hills dottted with unconcerned sheep, I passed by the landscape of countless movies scenes, including Braveheart and P.S. I love You.  In Kilkenny, I had a pint at the Kyteler’s Inn, where in 1324 the female proprietor, Alice de Kyteler, was sentenced to be burned at the stake for witchcraft (or, you know, being a smart, successful female business owner). Alice managed to escape so they tortured, whipped and burned her maid in her stead. The jolly Irish are not immune to horrific crimes.

Anywhoo, Dublin marked the end of an incredible adventure through Europe filled with excitement, new friends, comic mishaps and a healthy shot of frustration–but mostly absolute fun. The travel bug has solidly taken root somewhere in my core and I’m not sure he’s coming out. But that said, I’m looking forward to my own bed, some peace and quiet, a day of Netflixing and some fresh clothes. So, tomorrow I’ll head home, find my bearings with normal life and plot my next adventure.

Anyone thinking about an adventure of their own, stay tuned for some lessons learned. 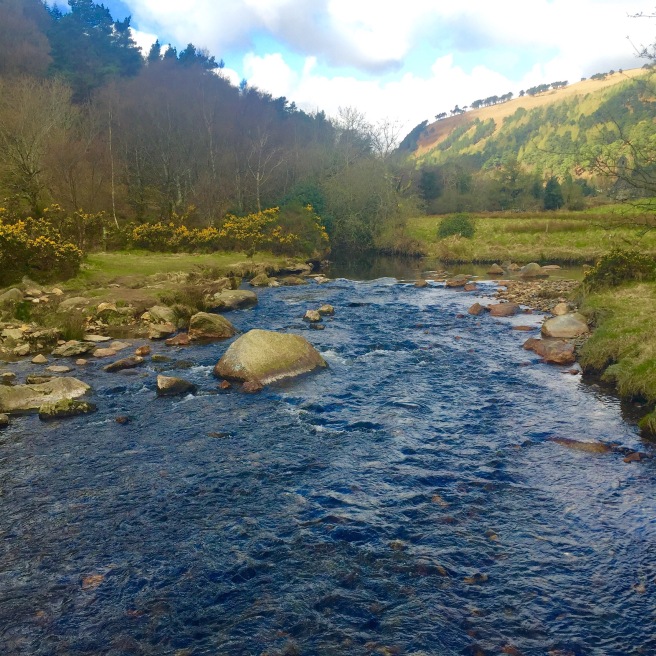 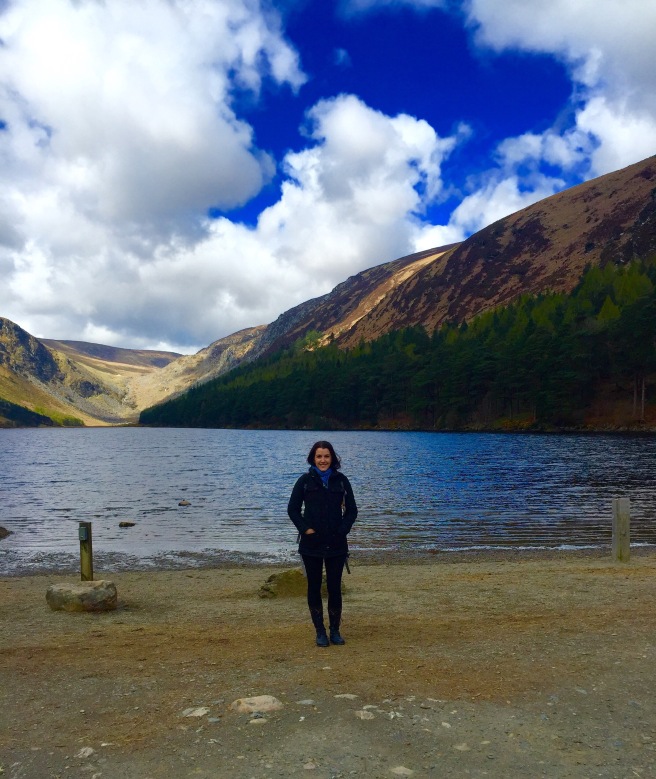 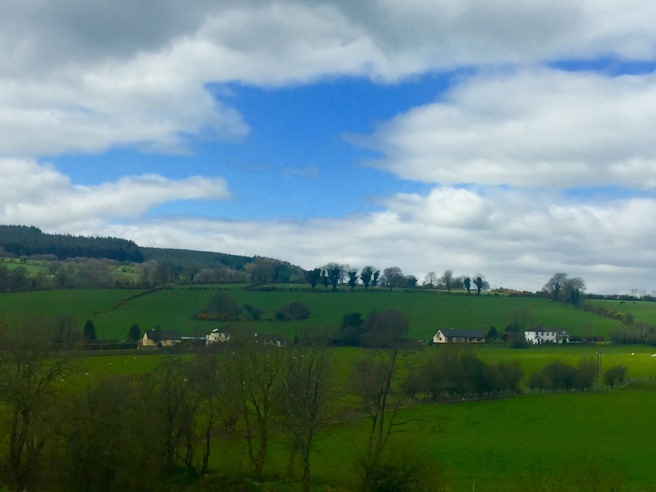 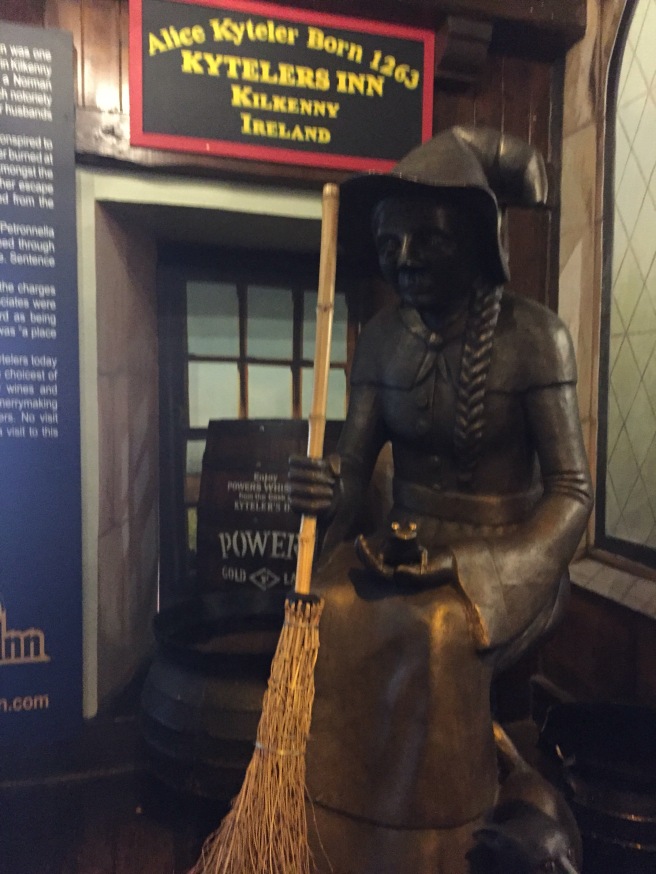 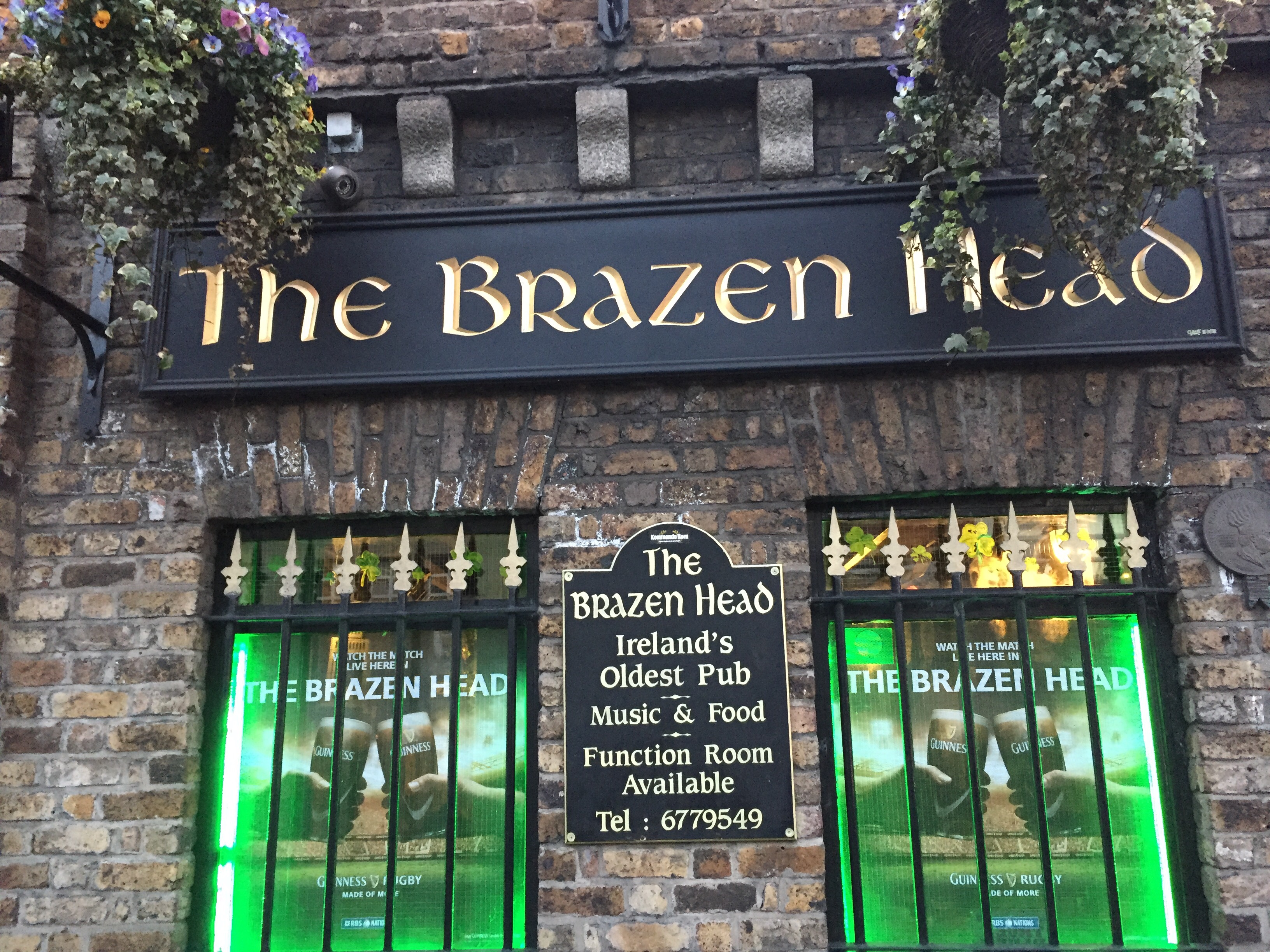