Happy Groundhog Day everyone! Those of you on the East Coast are probably hoping for a cloudy day! Out here in California, we’re all dancing for the rain to keep on coming.

Today I have the honor of chatting with Ben Starling, author of the romantic Something series.

Welcome, Ben! Tell us something new about yourself. What’s important to you?

I’ve spent a lot of my life by the ocean, or by lakes and rivers. I’ve always been fascinated by the complexity of aquatic habitats. The beauty of many of the animals that make it home is just breath-taking. Watching the sun set over water is one of the most restorative experiences I know of (margarita in hand). And a dip in a freshwater lake, one of the most invigorating!

I boxed on an off for many years and competed until quite recently. I also taught the sport at various clubs and gyms. I always wanted to be good at tennis, but the only shots I perfected were the double fault and the unforced error. Now I enjoy hiking, jumping rope, occasionally I lift weights and shadow box.

Why did you write Something in the Water?

I have a deep love of story-telling. I’ve always found music is easier to absorb than reading. But a good book stays with you for life. Something in the Water was a hugely rewarding challenge because I set myself several goals: I wanted the love story to drive the plot, but I wanted the book to do other things too. By intertwining three plots (ambitious, I know!), it allowed me to explore several important themes, including environmental conservation and spirituality. My hope is that readers will not just be moved by it, but might view life a little differently after as well.

I understand you wrote your novel from a woman’s perspective. How did you go about this and why did you try?

It was a journey of discovery—Teal arrived in my head nearly fully formed and I just had to sit down and write her story. She was determined, ambitious, caring and sincere. I imagined myself asking her questions and then tried to listen carefully to her answers. This activity (in several journals!) gave me the opportunity to develop a complex, vulnerable and evolving character. When I later reflected on this process, I found myself questioning so many assumptions about women, how men treat them, their role in society…and once you’ve been through this process, you certainly change your attitude.

If Something in the Water was made into a film, which actress would play Teal?

I hope either Anne Hathaway or Jennifer Lawrence one day could bring Teal to life. They are such skilled actors—it would be fascinating to see what they would do with the role.

What advice would you give someone embarking on a writing career?

Do it for the love. Because few things feel better than making a reader cry…with joy, or with sorrow.

Tell me something unexpected about Ben Starling.

When I was twelve, I won an inter-schools javelin competition with the first throw of a javelin, in my life. Like a hole in one, in golf, I suppose!

What’s next for Ben Starling?

I can relate to that! And after that?

Something in the Water is supported by a series of short stories that reveal the backstories of the major characters in this world. A few words of warning: Expect the unexpected!

Something in the Water – available on Amazon http://bit.ly/SITWbtour2am

Something in the Air –

Something on the Fly – coming soon!

Here is an excerpt from Something in the Water.

Something in the Water – Chapter 1 begins…

He didn’t look like the hotel guests, the business people, or the tourists. He didn’t move like them either.

He brushed past me as I climbed off my Vespa, stilettos in hand, outside the entrance of the Waldorf Astoria. Had he smiled at the radiance of my scarlet ball gown? Or was he amused by my battered Converse sneakers?

As a valet approached to take my scooter and helmet, I spotted my boss, Malcolm, waving hello from the lobby. He was approaching the glass doors that separated us when I noticed a small wooden box on the ground. Two steps later, I had picked it up. Who could have dropped it?

No one was close by, so I turned. The only man who’d passed me was already a half block away, gliding beside the cars that waited for the lights to change at the end of the block. Was it his?

What I knew for sure was that now wasn’t the time to be tracking down the little box’s owner. I should hand it in to reception and concentrate on the evening ahead. For a few seconds, I relaxed as I studied the hotel’s confident, soaring opulence—a world unknown to me before my arrival from Nantucket four years ago. The smooth texture of the box, however, drew my thoughts back to it. Was there something valuable inside? What if it did belong to that man, and he never returned to collect it? I turned the box over—and caught my breath.

Malcolm emerged in front of me. “Hello, darling, you look absolutely—are you okay?”
I thrust my sparkly evening shoes into his hands, and hitched up my shawl. I was about to give chase when a convertible Ferrari lurched to a stop beside me.

“Going my way, babe?” its driver shouted, over the thrum of the engine.

But my dress was redder, and I got the better start.

You can find the rest of Something in the Water, Chapter 1 at http://ben-starling.com/chapter-one/

Ben Starling is passionate about marine conservation and boxing, both central themes in his upcoming novel. His interest in marine life has taken him across three continents over the past three decades. He is Oxford’s only ever Quintuple Blue (varsity champion five years running), was Captain of the university boxing team, and coached and boxed competitively until about five years ago. He is 6’3”and 192 lbs. Ben graduated from Oxford University with a Master of Arts and a Master of Philosophy. He was born in the USA but has lived in the UK since childhood. 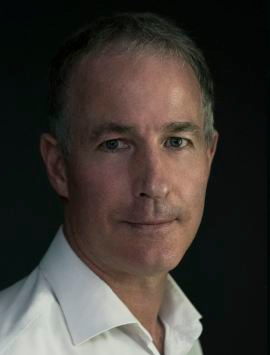 One thought on “Interview with Author Ben Starling”